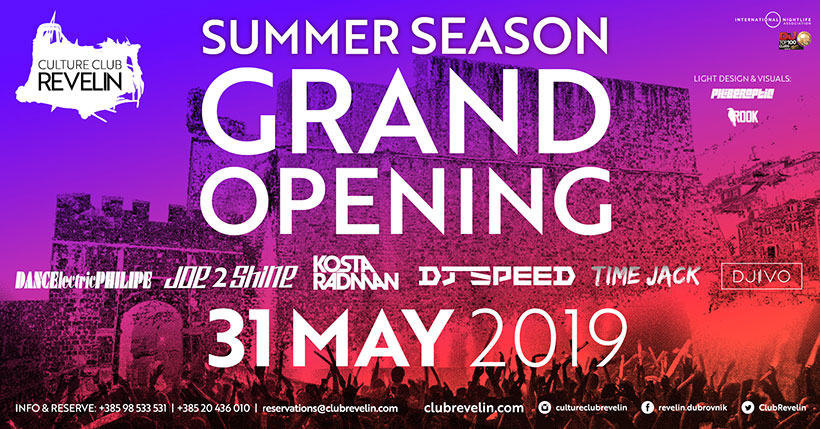 The best party in Dubrovnik is always at Culture Club Revelin.

This fabouls Dutch DJ and producer, Fedde le Grand is on the top DJ MAG’s list for full 12 years. Currently he is holding very high 22nd position but for locals in Dubrovnik he is favorite and the best producer ever. Earlier, he decided to film the video for his single „So Much Love“ during his performance at Culture Club Revelin. Some of his best singls are „Let Me Think About It“, „So Much Love“, „Sparks“, Put Your Hands Up 4 Detroit“ and „Keep on Rising“.

It’s time to get ready for summer vibes, join us and grab yours tickets right now on www.clubrevelin.com. Early birds tickets are still available online. However, Grand Opening at Culture Club Revelin promises to be an unforgettable experience.

No Replies to "Grand Opening of New Summer Season"