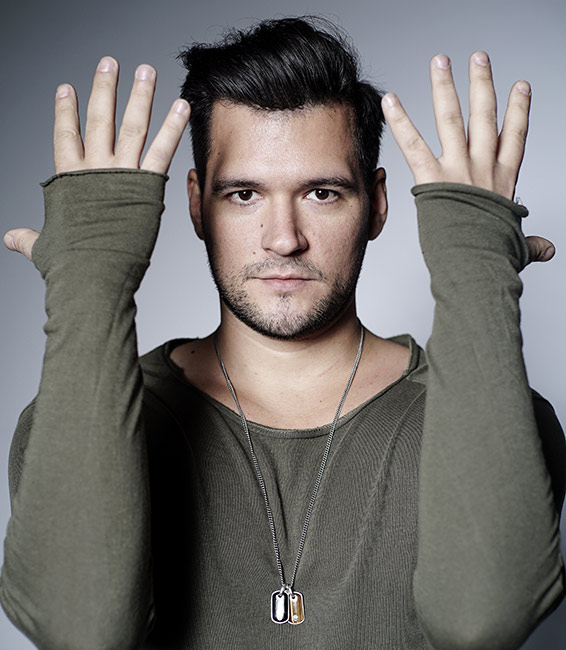 Kosta Radman is one of the most promising EDM talents to come out of Croatia. His musical voyage started out in his teenage years, using samplers and synthesizers to express himself through electronic music. Spending years testing out his music through his astonishing DJ sets, in 2009 he finally decides to unleash his music with nothing but success ever since.

“Back 2 Life”, his 2013 single, made in collaboration with the DJ duo Vanillaz had its video premiere on MTV and caught the attention of the entire world with its distinguishing theme and excellent vocal performance by Hanna Mancini, the 2013 Slovenian Eurosong representative. Released by Tiger Records with a strong remix by David Puentez, the track is becoming more and more popular each day; which Kontor.TV’s 100.000+ Youtube views to date can definitely attest to.

His latest club single “Drop That Shit”, released by Tiger Records and also a collaboration with Vanillaz, only a few days after it’s release is already gaining massive support from DJ’s and electronic music lovers alike. With a heap of new releases planned for 2014, it looks like this year is going to be a turning point.

2014 has seen Kosta appear and perform on the massive Ultra Europe Festival in Split (Croatia). Attended by roughly 75.000 people each year from all over the world, it is a definitive proof of Kosta’s quality both as a DJ and a music producer.

2015 saw the release of “Sidekick”, a new collaboration with Vanillaz and Plastik Funk, that got its release on the legendary Flamingo Recordings. With support from Hardwell, David Guetta, Fedde Le Grand, Bassjackers, Deniz Koyu, Sick Individuals, Dannic and Ummet Ozcan, the success of “Sidekick” is unquestionable.

In 2016, Kosta was voted as the Croatian Ambassador in the category “Best EDM DJ” at the first ever organised public voting by an online magasine in Croatian electronic music (Klubska Scena, www.klubskascena.hr, 2016)

He is currently – his 10th year in a row – the resident DJ of the most popular Croatian coastal club “Papaya” which is, according to the prestigious “DJ Mag” magazine, currently holding the 11th place in their Top 100 Clubs chart.