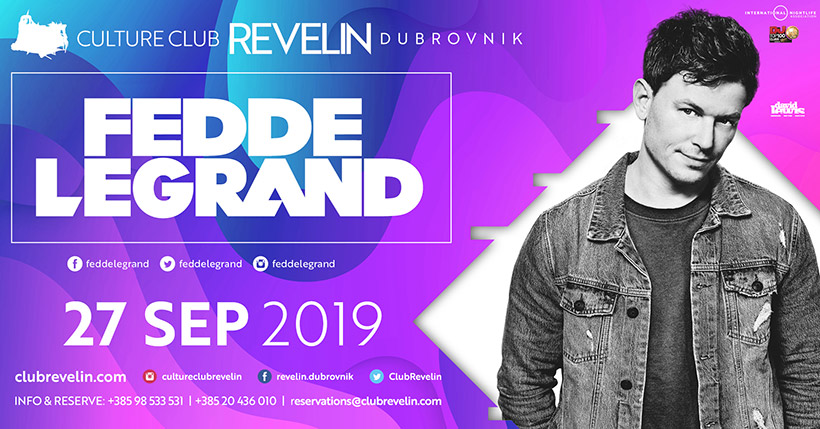 We would like to present to you something very special for this years’ edition of summer season at Culture Club Revelin. We have opened this summer season with one of the best DJs, and now you will get to see him again on September 27th.

Fedde Le Grand is Dutch EDM producer, on the top DJ MAGs list for full 12 years. His best resualt was 2011 when he was 12th best DJ on the world. Now he is on 22th position but for Dubrovnik he is simply the best!

If you don’t want to miss real show, buy your tickets on time. Wanna join us?