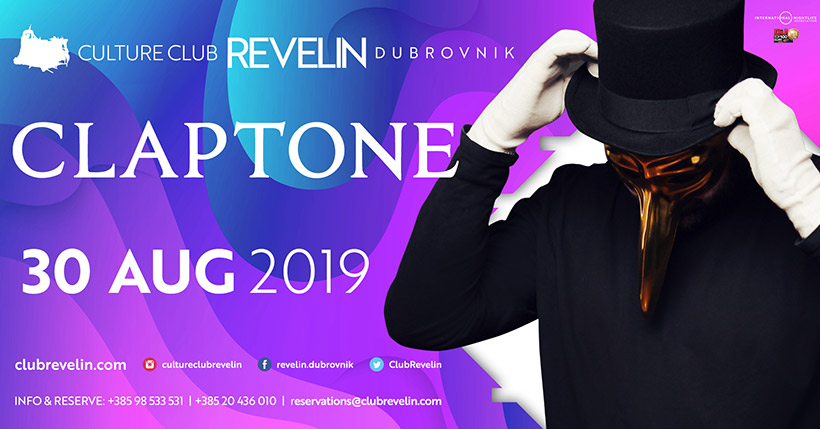 Mystery Man is Back

In 2015, Mixmag described Claptone as “one of the most visible characters in the global deep house scene” and his music as “crisply produced and effortlessly infectious”. His global hit is the remix of the Grammy awarded jazz legend Gregory Porter. ”Liquid spirit” was frequently played at BBC Radio one and it was one of the most popular songs at Ibiza, where Claptone got the award for the best producer last year.

Claptone usual attire includes a golden beaked mask and white gloves, so his identity remains a mystery. He is really worldwide star, so don’t miss opportunity to see him and listen his music in Revelin club. Grab your tickets right now on our official website.

See you this Friday, on August 30th, Claptone is waiting for you.

DANCElectric Residency with Mind Against

Are you Ready for Technasia & Franky Rizardo?

No Replies to "Mystery Man is Back"