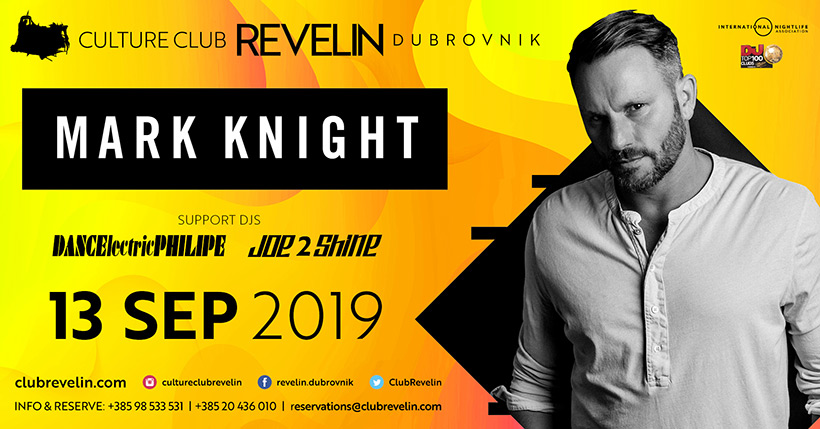 Mark Knight, who has been a part of Revelin Club for such a long time, is coming again at Culture Club Revelin in Dubrovnik, Croatia. DJ, record producer and label owner – Mark Knight will play at Revelin club on September 13th. Grammy nominated Mark, for sure will prepare a spectacular night as always.

He is one of the world’s most successful producers and DJ’s. Some of his most successful releases are „Man With The Red Face“ (feat. Funkagenda), „Downpipe“ (feat. Underworld & Downpipe), „Beautiful World“ (feat. Tiesto) and „Nothing Matters“ (feat. Skin). Mark Knight’s legacy already ranks him as a leading player in dance music culture.

Don’t miss his performance and buy your tickets on time! Early bird tickets are still available on our official website. Grab yours before prices go up. If you don’t want to miss this amazing performance and the best party in town, join us at Culture Club Revelin. See you there.

We Live for Moments Like This, Claptone Thank You

Claptone is Back Again

No Replies to "Let's Dance with Mark Knight"