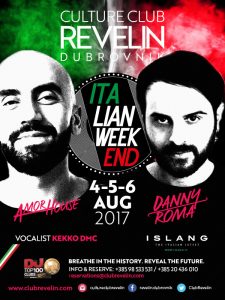 Culutre Club Revelin is proud to bring again a touch of Italy, DJs Nicola Amoruso and Danny Roma. With the famous house kits of these eminent DJs and producers from the south of Italy, the audience will be able to enjoy the occasional performances of attractive dancers.

DJ and producer Danny Roma began performing at age of 16 and became famous also as a resident in the club “Divinae Follie” and releasing the single “Polka Divina ‘. The energetic performances that range from Euro dance to progressive house brought him to fame in clubs all over Italy, mostly for his remixes ‘Carnaval de Paris’ and ‘Me Not A Gangsta’. 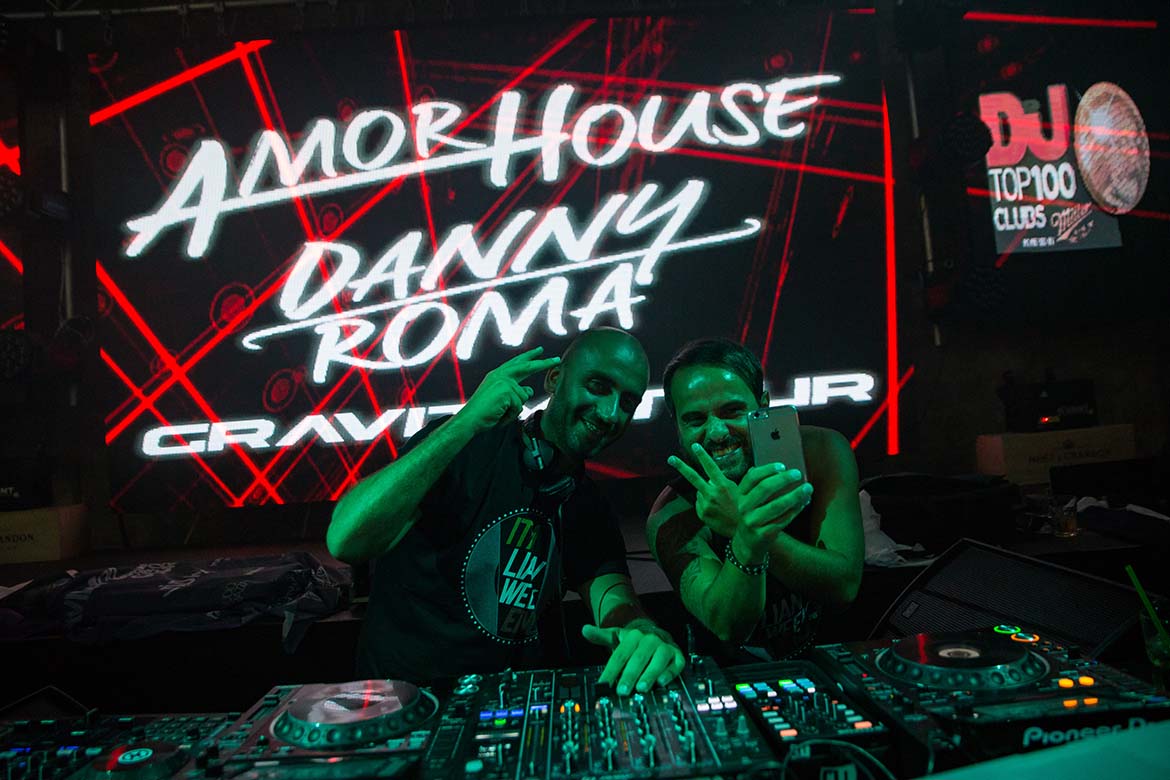 Take a look at how it was on Italian Weekend party which was held in August of 2016. inside Culture Club Revelin in Dubrovnik old town.
View the Gallery

No Replies to "Italian Weekend is Here"