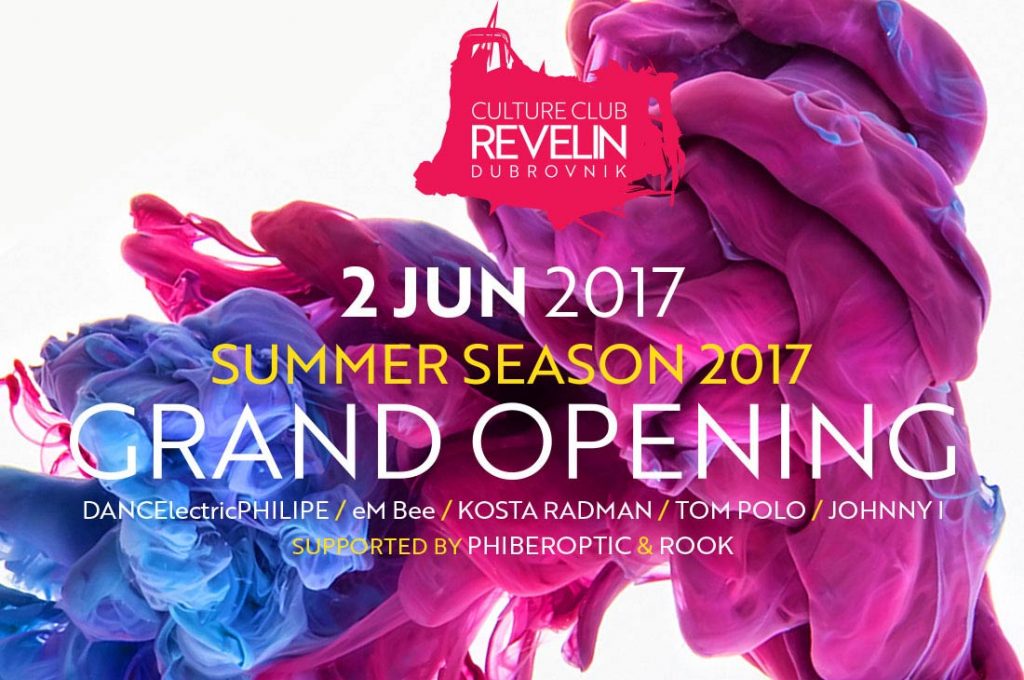 Get ready for Summer Season 2017 – the Season of Changes!

One of the best clubs in the world, Culture Club Revelin in Dubrovnik is proud to announce spectacular summer season opening on Friday, June the 2nd. Day one of the opening weekend is conceptually directed to present Club Revelin’s new resident team. It is consisted of only but the best artists in the region in their music genre. Real wizards of electronic, commercial and r’n’b & hip-hop music styles will be gathered this summer in party fortress and provide rhapsody for everyone’s musical tastes.

The celebration will be hosted by pretty hostesses, beautiful dancers with spectacular dance and acrobatic surprise, and our dear guests, without whom the celebration would miss all the magic.

Every year we do our best to make the season even bigger and better, so prepare yourself for another summer at Culture Club Revelin you won’t forget. This night will be announcement for a spectacular upcoming summer season 2017 with already more than 60 confirmed DJs that will rock the stage of Revelin.! CC Revelin breaks all the records and justifies rank in top 50 best club in the world.

☛ DANCelectricPHILIPE ☚ The founder of DANCElectric Residency project and representative of true house sound published on labels such as 303Lovers, Sweat It Out Records, Forward Thinking. Revelin’s musical backbone without whom the whole summer line-up wouldn’t exist.

☛ Kosta Radman ☚ The resident DJ of popular Croatian coastal club Papaya. DJ/producer with noteworthy domestic and international career whose releases can be found on labels such as Flmanigo Records etc. One of the most promising EDM talents to come out of Croatia.

☛ Tom Polo ☚ One of legendary Croatian names that has collaborated with numerous local hiphop and r’n’b scene. He was nominated for Porin as the producer for best single of the year. He won several awards for the best DJ in the genre of hiphop and clubbing music.

☛ PhiberOptic & ROOK ☚ Visual wizards that are in charge of all the light and visual effects inside the club.

CC Revelin in Top 50 Best Clubs in the World

No Replies to "Get ready for Summer Season 2017"