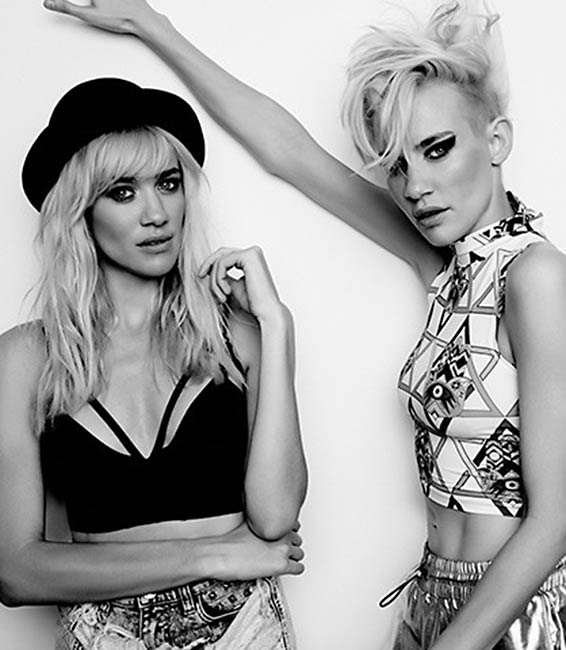 Having written and produced hits for the likes of Kylie Minogue, Ke$ha, The Pussycat Dolls, Afrojack, Steve Aoki and Miley Cyrus (Hannah Montana) to name a few, and receiving a Grammy Award for writing ‘When Love Takes Over’ for David Guetta and Kelly Rowland, the sisters of NERVO from Australia have risen to stardom with their songwriting skills alone.