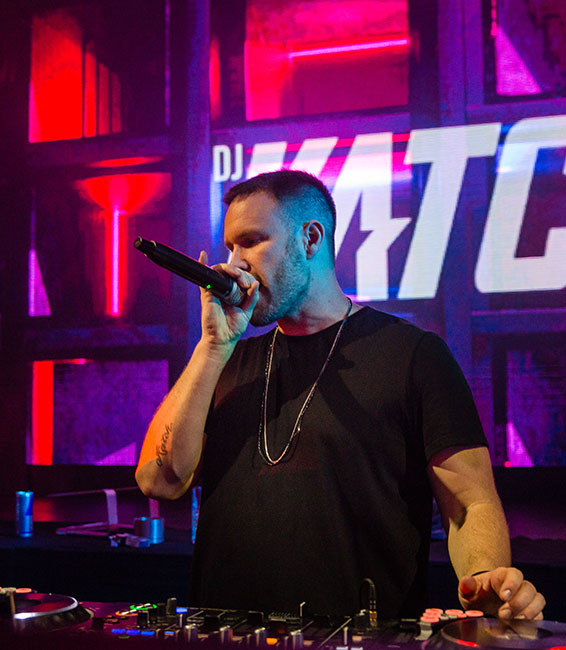 With gigs in over 40 countries, the widely travelled producer slash club DJ KATCH has heavily hit the international dancefloors with his certified platinum club anthem „The Horns“. From New York to London, from Berlin to Ibiza, from Tokyo to Miami – his infamous club hit has followed his trail around the globe, praised by clubgoers everywhere and hit the viral charts #1 in several countries.   His single „Lights Out (Too Drunk)“ became a smash hit on Spotify with over 40 million streams, and has been certified platinum in numerous countries, including Sweden and Norway.